Dean of the College of Medicine 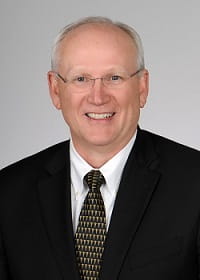 Raymond DuBois, M.D., Ph.D., was named Dean of the College of Medicine at the Medical University of South Carolina in March of 2016.  Prior to this position, Dr. DuBois served as Executive Director of the Biodesign Institute in Arizona (ASU) and as the Dalton Professor of Chemistry and Biochemistry with a joint appointment as Professor of Medicine in the Mayo College of Medicine.  From 2007 to 2012, he served as Provost and Executive Vice President at the University of Texas MD Anderson Cancer Center in Houston and held the Ellen Knisely Distinguished Chair in Colon Cancer Research.  During his tenure at Vanderbilt University Medical Center (1991-2007) he served as Director of Gastroenterology, Hepatology & Nutrition as well as Director of the Vanderbilt-Ingram Cancer Center. He also was selected to hold three successive endowed chairs at Vanderbilt including the Mina Cobb Wallace Chair, the Hortense B. Ingram Chair and the Benjamin F. Byrd Chair.  In 2015 he was honored at Vanderbilt by inclusion as an honorary member in the Tinsley Harrison Society at the Vanderbilt University School of Medicine.

Dr. DuBois is an internationally renowned expert and is known for his work elucidating the role of inflammation and inflammatory mediators in the progression of cancer.  His laboratory examines the molecular mechanisms by which inflammatory mediators affect epithelial biology, the tumor microenvironment and cancer development.  In the 1990s, DuBois and colleagues made the landmark discovery that colorectal tumors contained high levels of a key enzyme (COX-2) which regulates prostaglandin production.  COX-2 catalyzes a key step in the production of pro-inflammatory mediators such as prostaglandin E2 (PGE2).  This work and other studies led to a better understanding of the role of anti-inflammatory agents, like aspirin, in reducing cancer risk which led to clinical trials, showing how drugs that inhibit this pathway could prevent or intercept the process of cancer development. More recent studies have revealed that PGE2 regulates the immune status of the tumor microenvironment and inhibitors of PGE2 signaling block tumor metastasis and cancer progression.

Dr. DuBois was elected to the National Academy of Medicine in 2019. He is a Fellow of the American Association for the Advancement of Science (AAAS) and the American Association for Cancer Research (AACR); and in 2019, he was awarded the AACR Margaret Foti Award for Leadership and Extraordinary Achievements in Cancer Research. Other major awards for his cancer research include the Richard and Hinda Rosenthal Research Award, the Dorothy P. Landon-AACR Cancer Prize and the Anthony Dipple Carcinogenesis Award.

He currently serves as president of the AACR Foundation Board of Trustees and is a past president of AACR, the Southern Society for Clinical Investigation, and the International Society for Gastrointestinal Cancer.  He was named to the steering committee for the AACR Academy in 2018.

Dr. DuBois is a Vice Chair for the Stand Up to Cancer (SU2C) Scientific Advisory Board and currently serves as Chair of the SU2C Catalyst Program, where he oversees the selection and management of several early phase clinical cancer trials examining unique drug combinations in collaboration with the leadership from BMS, Genentech and Merck.

He is also a member of the American Clinical and Climatological Association, the Royal College of Physicians (by distinction), the Association of American Physicians and the American Society for Clinical Investigation. Dr. DuBois also serves as an editor-in-chief for Cancer Prevention Research, published by AACR.

During his career as a physician-scientist, DuBois has published over 160 peer reviewed research articles, more than 60 review articles, 25 book chapters, and three books. His work has been cited over 59,000 times according to Google Scholar.  He is also a co-inventor of a method to identify and target cellular genes needed for viral growth as well as cellular genes that function as tumor suppressors in mammals.

DuBois earned a bachelor’s degree (Biochemistry w/honors) from Texas A&M University and a doctoral degree (Biochemistry) from The University of Texas Southwestern Medical Center in Dallas.  He obtained a medical degree from The University of Texas School of Medicine in San Antonio, followed by completion of an Osler Medicine internship/residency, and a gastroenterology fellowship at the Johns Hopkins Hospital in Baltimore. In 2007 he was honored at Hopkins by being inducted into the Johns Hopkins University Society of Scholars.