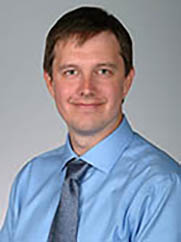 Research Interests
My interests as a scientist involve the study of virus-host interactions with particular interest paid to how these interactions can be used to improve therapy for cancer patients, a field known as oncolytic virotherapy. Oncolytics combines two powerful strategies into a single treatment. In the initial steps, a patient is intentionally infected with a virus which preferentially infects and kills cancer cells. These viruses identify and replicate specifically in transformed cancer cells resulting in the generation of new infectious virus. This newly replicated virus subsequently spreads to adjoining cancer cells where the process repeats resulting in a tumor localized cascade of viral infection. This process, known as direct oncolytics, causes the elimination of virtually all directly infected cancer cells resulting in a swift reduction in tumor size. During this process, oncolytic viral infection also induces localized inflammation and the recruitment of an adaptive T cell response. While this T cell response is initially generated to combat the viral infection, once begun, tumor infiltrating T cells also respond to non-viral peptides within the tumor, including tumor specific antigens, through the process of epitope spreading. This results in the generation of not only a primary anti-viral immune response, but also a secondary immune response against the tumor itself. The generation and propagation of this anti-tumor immune response, a process known as oncolytic immunotherapy, can have powerful clinical benefits including the complete eradication of both local and metastatic disease.

While the oncolytic phenomenon has been observed using a wide variety of viruses, our lab is primarily focused on the therapeutic potential of a virus known as myxoma. Myxoma is a member of the poxvirus family whose natural infection is strictly limited to rabbits. In the European rabbit myxoma causes an incredibly lethal disease known as myxomatosis; however, the virus is unable to cause disease in any other known species due to its inability to counteract non-rabbit innate immune responses. In non-rabbit hosts, this restricts myxoma replication to cells where these responses are either absent or defective, a state which occurs almost exclusively in transformed cancer cells. This naturally occurring cancer tropism allows myxoma to effectively treat a wide variety of cancers including: skin cancer, pancreatic cancer, brain cancer, head and neck cancers, and various cancers of the blood. Unfortunately, while these treatments show significant promise in preclinical trials, they are often not curative, necessitating that methods be identified to improve the clinical potential of this agent. To this end, our lab is currently working on three major projects designed to improve the oncolytic potential of the myxoma virus.

1) Combining oncolytics and T cell checkpoint inhibitors: Previous work has shown that myxoma virus is effective at rapidly debulking a variety of solid tumors through a direct oncolytic mechanism. Unfortunately, due to the immunosuppressive nature of many of these tumors, myxoma therapy fails to induce a clinically relevant anti-tumor immune response resulting in poor overall outcomes. This immune suppression can be overcome by inhibiting a variety of T cell checkpoint pathways such as PD1/PDL1 and TIM3/GAL9; however, this combination therapy also causes significant autoimmune like toxicities (a side effect often associate with systemic checkpoint blockade). To overcome this issue, our lab has pioneered a method to deliver T cell checkpoint inhibitors directly to the local tumor microenvironment using novel recombinant myxoma viruses. This recombinant therapy allows for the effective release of oncolytic immunotherapy resulting in the eradication of established tumors while also reducing the toxicities associated with systemic therapy. We are currently exploring: the molecular mechanisms underlying the improved efficacy of these recombinant myxoma constructs, the potential role that the complex tumor microenvironment plays during both oncolytic and checkpoint therapies, and how to further improve outcomes by creating next generation recombinant viruses and combinatorial treatments.

2) Oncolytic treatment of multiple myeloma: Previously, we have shown that myxoma specifically discriminates between normal and cancerous hematopoietic cells and we have proposed that this discrimination can be used to eliminate cancerous multiple myeloma cells contaminating autologous stem cell samples prior to transplant into patients. We are currently exploring whether the virus can also be used as a front line therapy to improve treatment of myeloma patients by: directly identifying and eliminating myeloma in vivo, eliminating residual myeloma after chemotherapy, or expelling myeloma from its protected bone marrow niches.

3) Improving systemic delivery of myxoma: While myxoma virus is incredibly effective at treating large localized tumors, the virus is often much less efficacious against small metastatic disease. We hypothesize that this failure is the result of our inability to delivery an effective oncolytic dose to these tumors due to the promiscuous binding of myxoma to non-malignant cells. We are therefore interested in understanding the basic biology of the myxoma virus with special interest paid to the viral proteins which mediate binding of the virus to target cells.

ACS-Research Scholar Award Bartee (PI) 2017 – Present
ARMING ONCOLYTIC MYXOMA VIRUS
The goal of this work is to study a novel recombinant myxoma virus which expresses soluble PD1 from infected cells as a potential therapeutic for a variety of solid tumors such as melanoma.

NIH-NCI R01 Award Bartee (PI) 2015 – Present
TREATMENT OF MULTIPLE MYELOMA USING ONCOLYTIC MYXOMA VIRUS
The goal of this work is to study the mechanisms and efficacy of MYXV as a therapeutic for residual multiple myeloma.