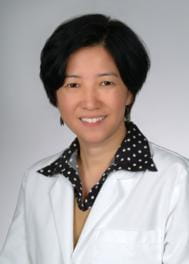 The cochlea is the sensory organ responsible for hearing and plays a role in verbal communication. The sensory cells, or ‘hair cells’, of the organ of Corti are responsible for the transduction of acoustic input into nerve impulses that are then transmitted to the brain. Damage to or loss of hair cells leads to permanent hearing loss, as mammalian hair cells lack the ability to regenerate. According to the Center for Hearing and Communication, an estimated 38 million people in the United States—one of every ten Americans—have hearing loss, which imposes a huge detriment on the quality of life of the affected individuals and a formidable economic burden on society.

The tools of our research include cell and molecular biology, immunohistochemistry, and physiology.

Noise-induced hearing loss (NIHL)
Research into NIHL using animal models has borne out two leading theories for the cause of hearing loss. One is mechanical damage from vibration of the organ of Corti beyond the tolerance of its physical structure. Another is a so called 'metabolic damage', wherein metabolic overstimulation and stress trigger cell death pathways. A variety of biochemical and molecular responses to noise trauma have been identified. For example, noise exposure elevates intracellular calcium levels in hair cells, likely through influx via calcium channels, and also activates calcineurin, a calcium-dependent phosphatase. Another well-documented response to noise trauma is the generation of reactive oxygen species (ROS). It appears that excessive noise decreases cochlear blood flow, which causes vasoactive lipid peroxidation and leads to generation of ROS. In addition, release of the neurotransmitter glutamate at inner hair cell synapses in response to traumatic noise has been implicated in excitotoxicity (neuronal damage and cell death from overstimulation by neurotransmitters) at this synapse.

The traditional method for prevention of NIHL by use of ear plugs to reduce noise levels reaching the ear has proven insufficient, primarily due to non-compliance. Based on animal experimentation, pharmacological prevention using a ‘hearing pill’ is a promising and appealing route. Antioxidants such as glutathione, D-methionine, ascorbic acid, and water soluble coenzyme Q10 have been reported to attenuate NIHL to some extent, while other antioxidants have failed to prevent NIHL. These conflicting results underscore the challenge still faced by the field in elucidating detailed molecular mechanisms and preventing NIHL. 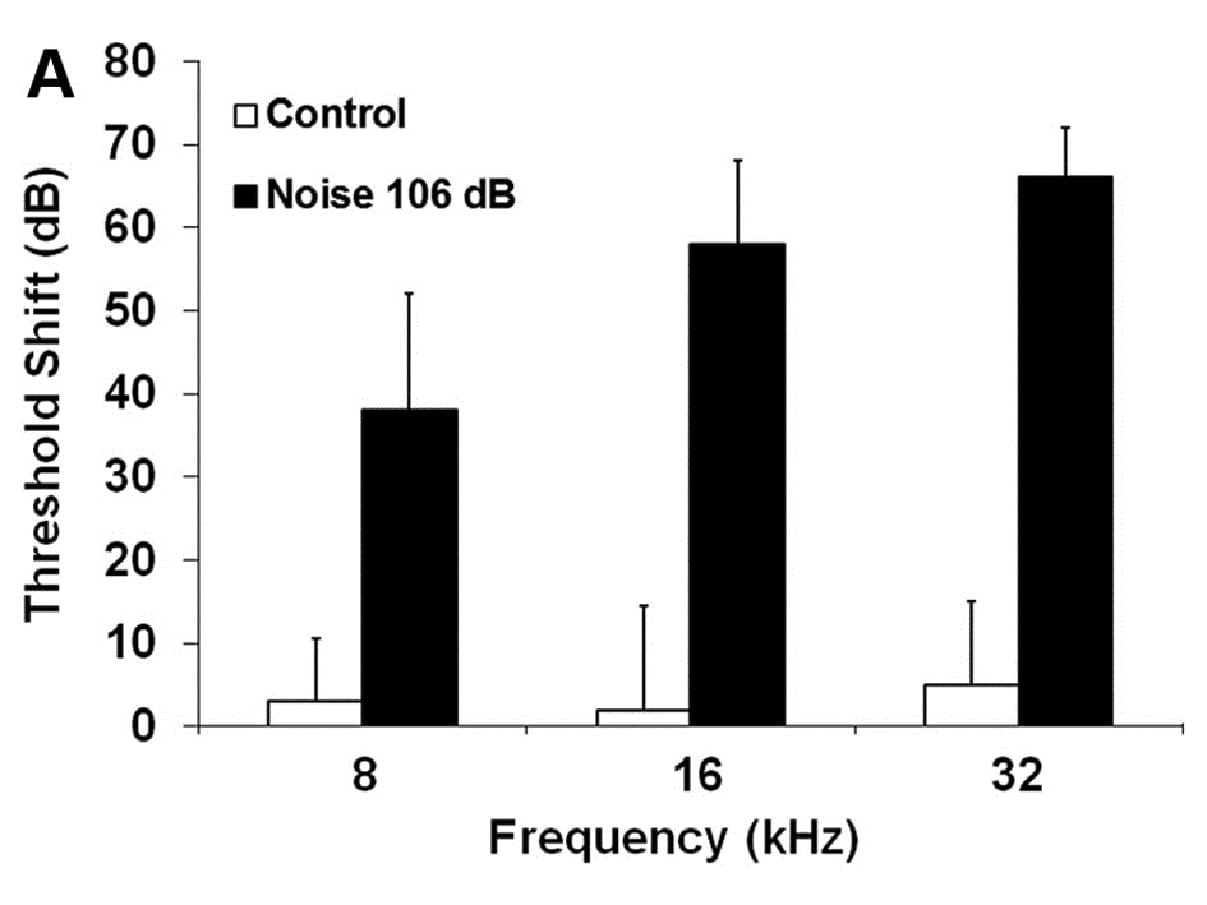 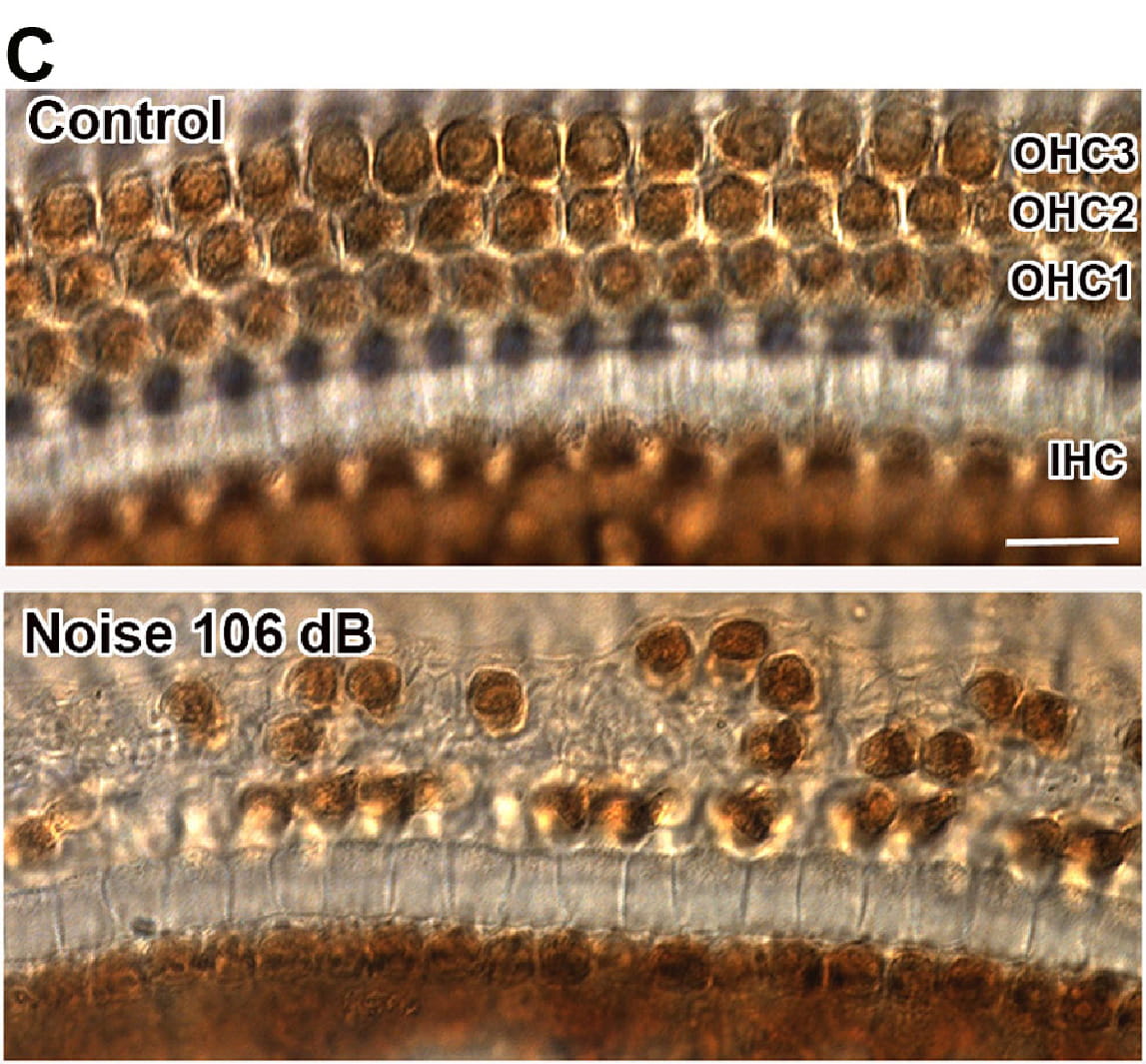 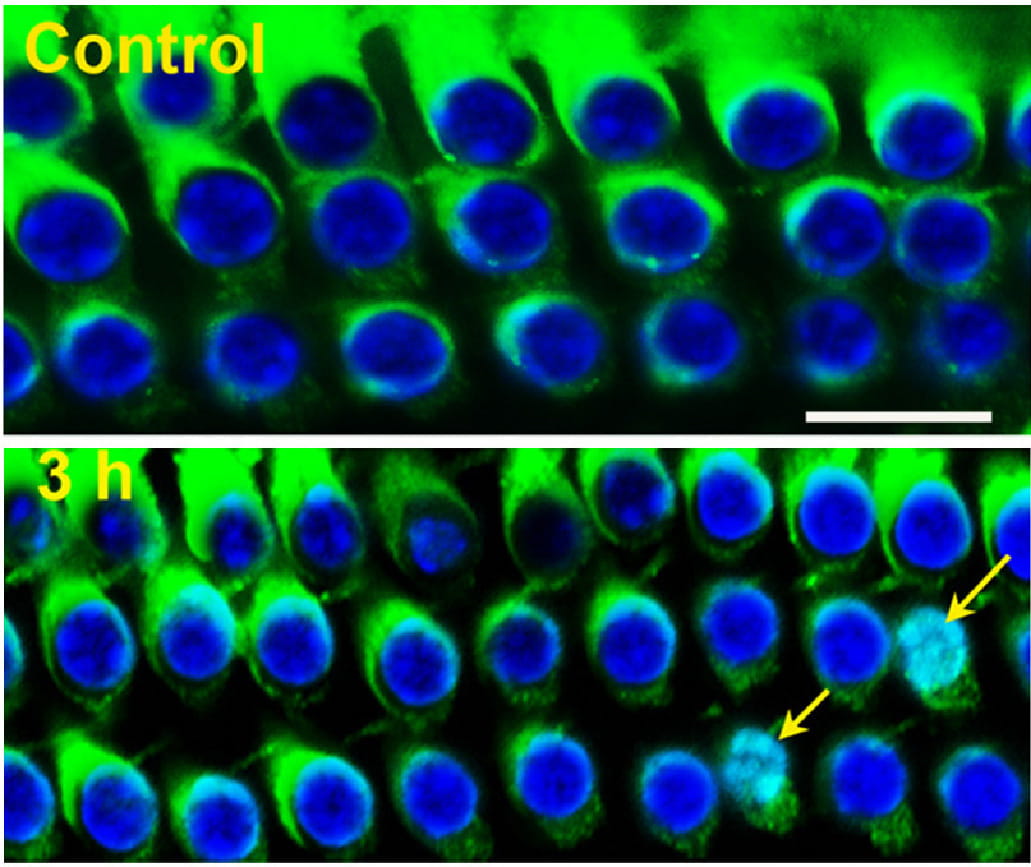 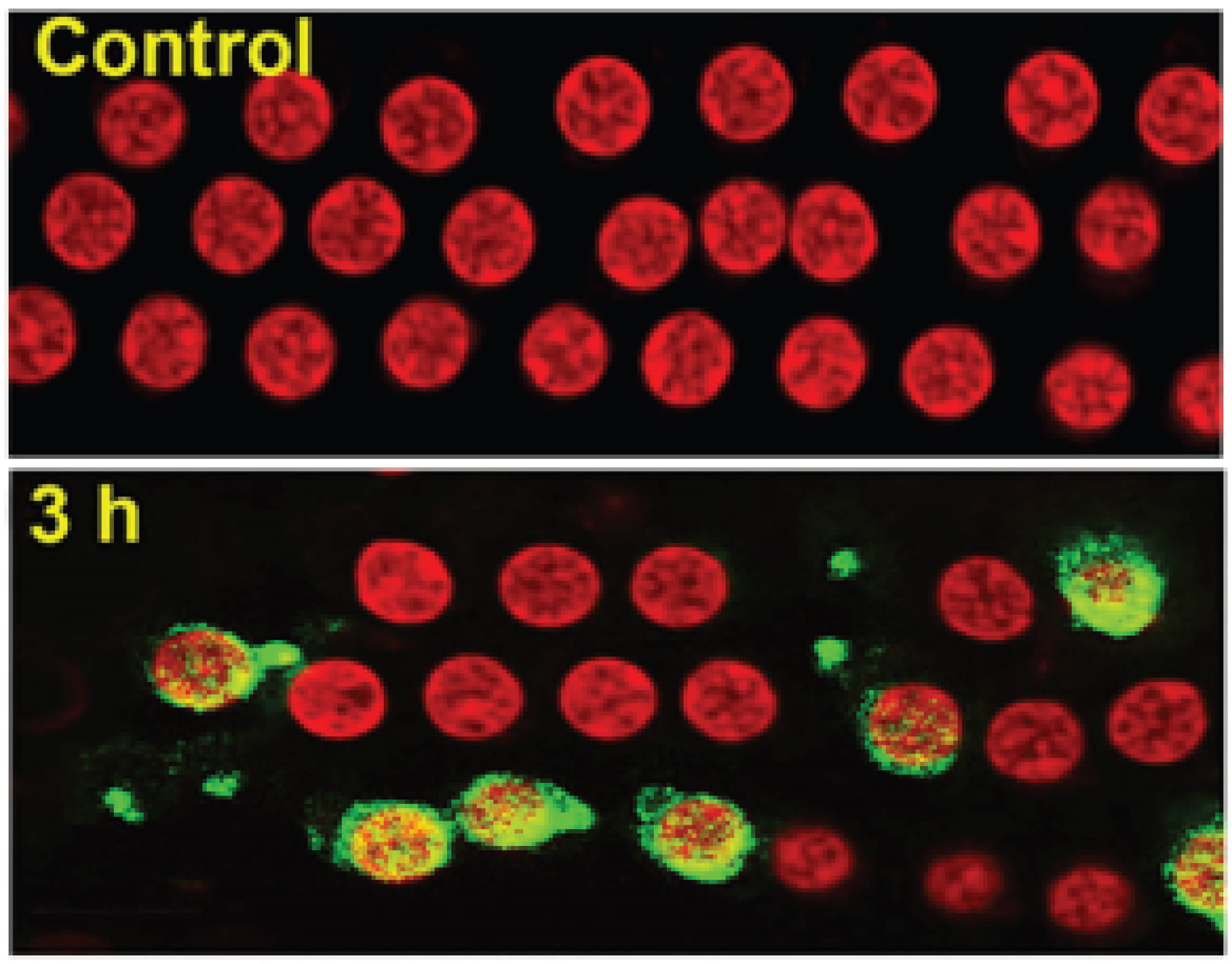 Endo G staining appeared in the nuclei of some HEI-OC1 cells one hour after 1 µM oligomycin treatment (arrows). Endo G is stained green, and nuclei red with propidium iodide (PI). 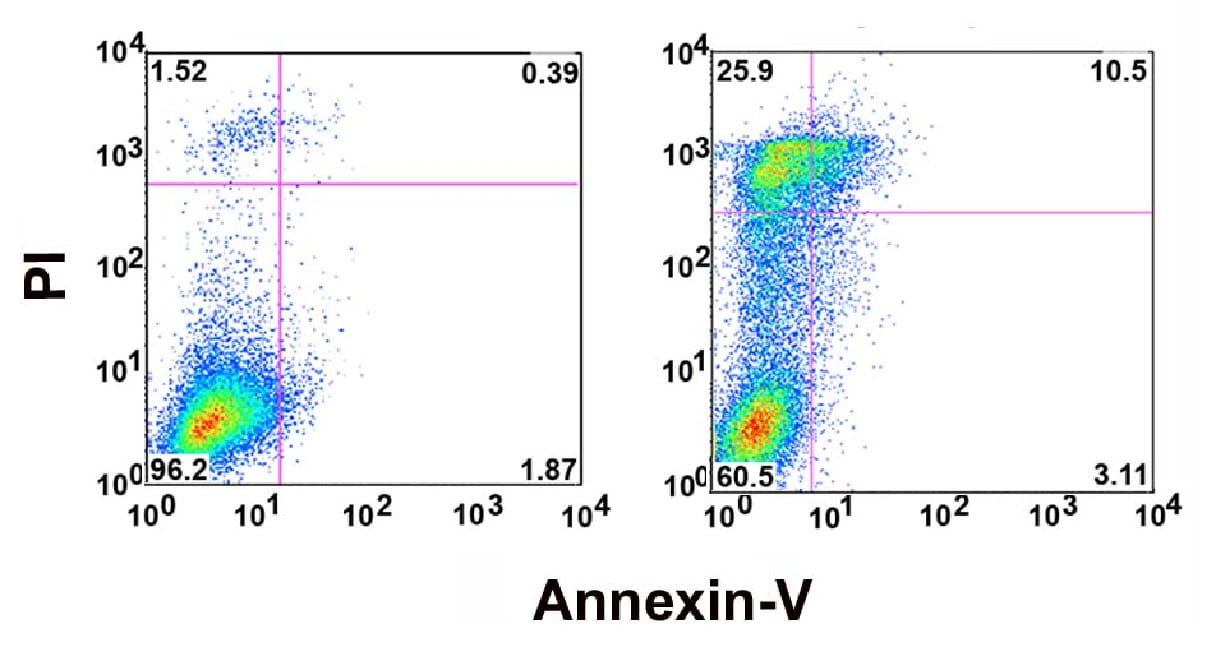 We have also collaborated in a program project grant studying the mechanism of age-related hearing loss (presbycusis) with other groups at the Kresge Hearing Research Institute and the Geriatrics Center at the University of Michigan. Our studies involve the assessment of free radical formation and cochlear antioxidant defenses as well as redox-sensitive homeostatic signaling pathways that engage protein kinases and phosphatases.

Current Personnel in the Sha Laboratory

Past Personnel in the Sha laboratory 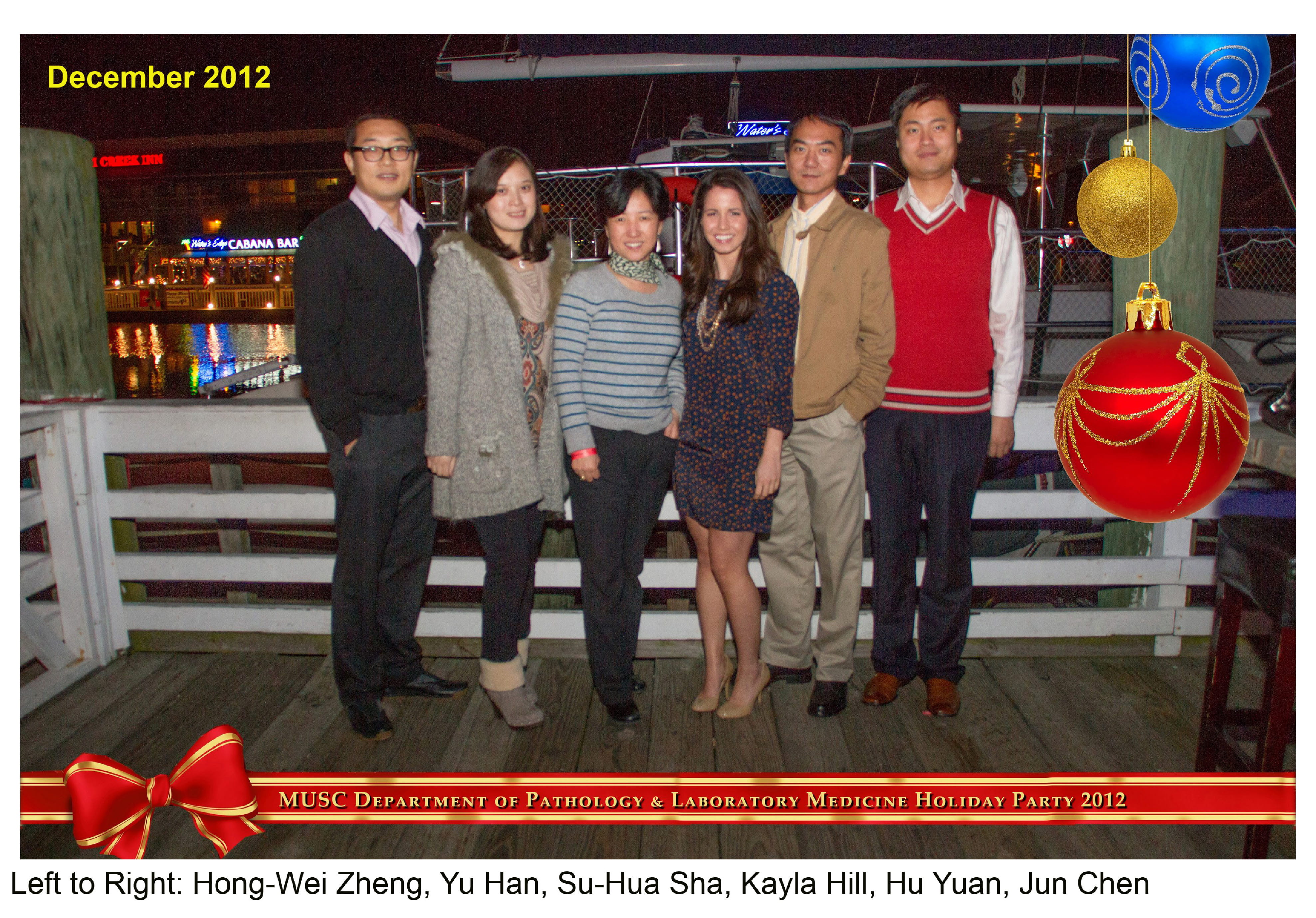 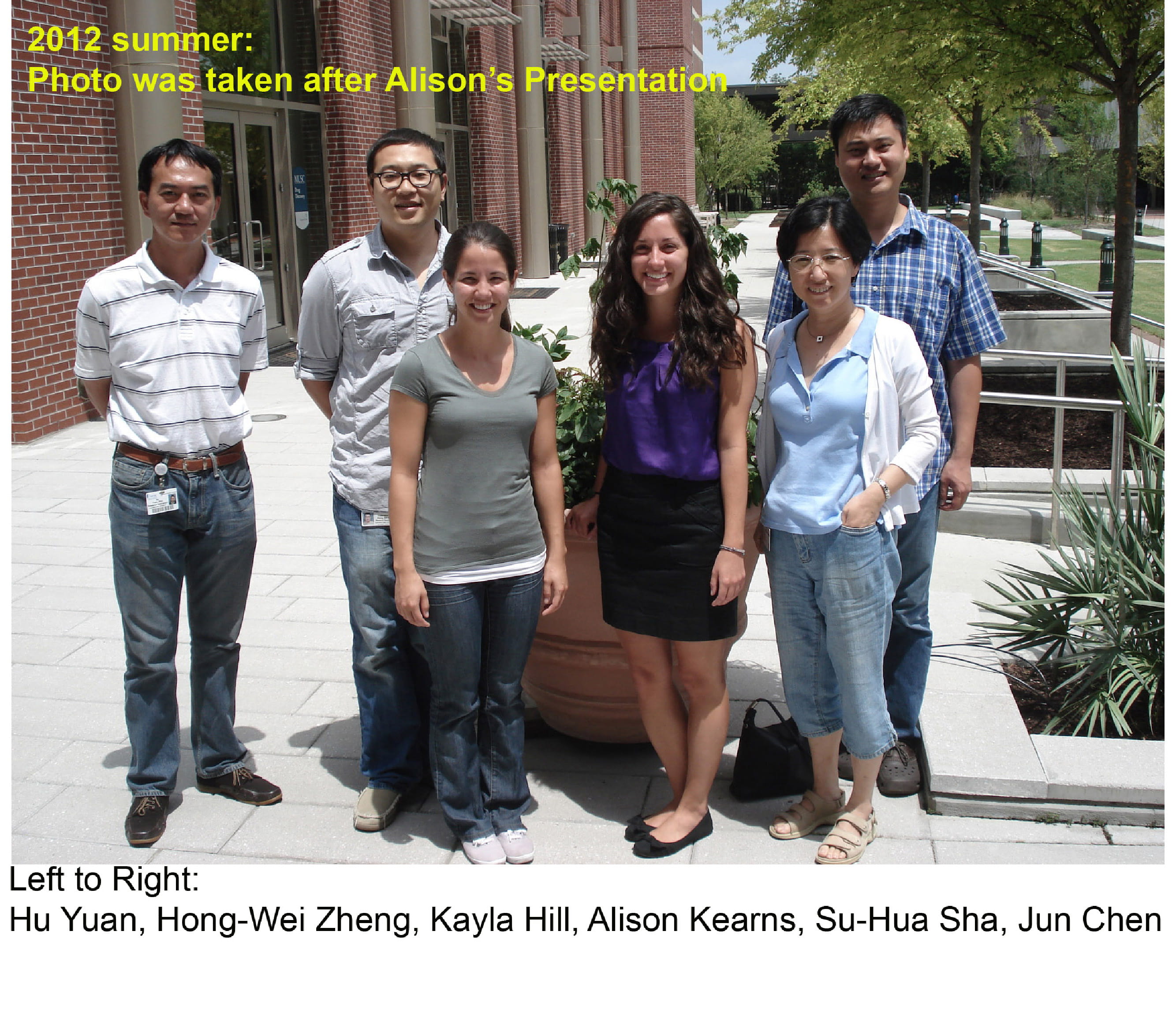 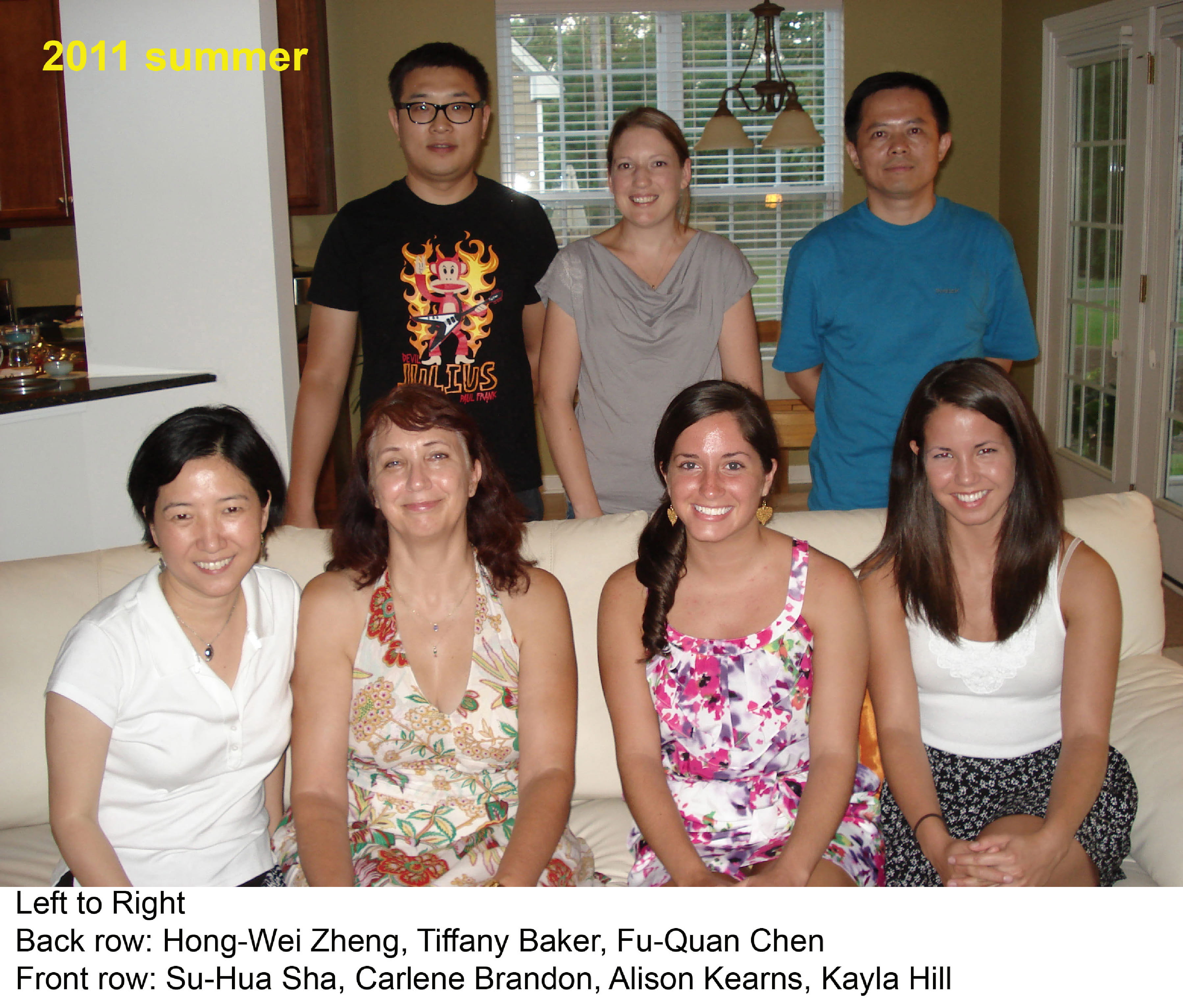