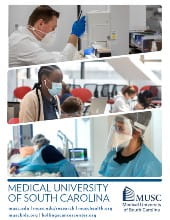 View Our Publications on Google Scholar

Tissue ablation is the destruction of diseased (pathologic) tissue with the aim to cure a disease. One way to achieve this is via thermal methods (i.e. thermal ablation), by either heating or cooling to  temperatures lethal to cells (typically below -40 °C (-40 °F), or above 50 °C (122 °F)). A number of different physical principles can be employed for heating and cooling tissue, such as radiofrequency (RF) electric current, microwaves, laser, ultrasound, and cryogenic cooling. In our lab we perform research on ablation using heating by RF currents, or cryogenic freezing. This research includes computer modeling to determine tissue temperature profiles created by current and improved devices, development of novel ablation devices, and measurement of thermal and electrical tissue properties.

While there are a number of clinical applications for thermal ablation methods, we focus on treatment of cardiac arrhythmia (cardiac catheter ablation), and treatment of cancer (tumor ablation)

Cardiac ablation is now a standard treatment method for different types of cardiac arrhythmia (i.e. abnormal heart beats). The site responsible for the arrhythmia is identified via measurements of the electrical activity inside the heart, and destroyed by heating or freezing (see Figure below). Even though other ablative methods have been investigated, RF ablation is by far the most widely clinically used technique. Recently, cryoablation systems have become commercially available and are clinically used, especially in children due to several safety advantages over RF ablation. 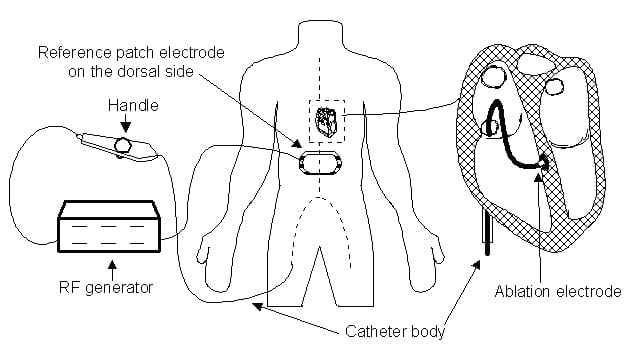 Overview of RF ablation system for treatment of cardiac arrhythmia. An ablation catheter is inserted through a leg vein, and steered into the heart to the treatment site. The procedure is guided by x-ray fluoroscopy. From (Panescu, Whayne, Fleischman, Mirotznik, Swanson, et al. 1995), © 2005 IEEE.

Tumor ablation is now a clinically accepted treatment modality for certain types of cancer in patients that are not candidates for traditional surgery. The tumor is identified by medical imaging methods (CT, Ultrasound), an applicator is introduced into the tumor, and the tumor is killed by heating or freezing (see Figure below). 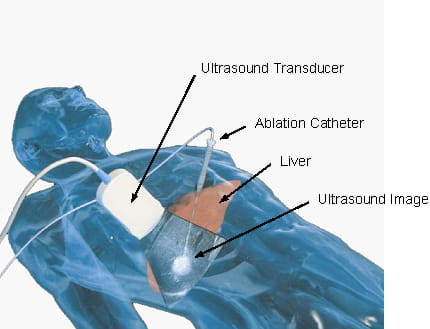 Patient setup for liver tumor ablation. The ablation catheter is inserted into the liver tumor through a small incision in the skin. Ultrasound imaging is used for guiding the electrode into the tumor, and monitoring the ablation. From (Dodd, Soulen, Kane, Livraghi, Lees, et al. 2000). 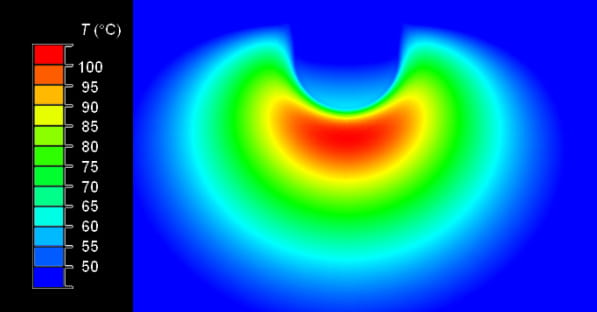 Cardiac RF ablation: Tissue temperature after 1 min of RF ablation in the heart