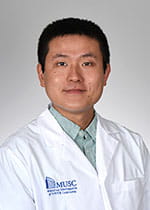 The Tao lab is dedicated to unveiling the cellular and molecular mechanisms underlying myocardial homeostasis, injury, and repair. We are interested in understanding how developmental pathways are connected to adult heart regeneration, and providing novel strategies for treating heart failure caused by numerous heart diseases.
Cardiovascular disease is the #1 killer worldwide, with heart failure as the most devastating consequence that accounts for the majority of the mortality. The hallmark of a failing heart is degenerative muscle that gradually loses healthy cardiomyocytes and contractility. Currently, there is no cure to reverse the pathological process. However, much effort has been made to reveal the biological principles of heart failure caused by severe heart diseases including myocardial infarction (MI) and arrhythmia (e.g. atrial fibrillation).

To repopulate an infarcted area caused by MI, one promising strategy is to reintroduce cardiomyocytes into cell cycle, inspired by the observance of regenerative capacity in mammalian hearts during early life. In mouse, neonatal hearts can fully regenerate after MI, however this ability is gradually lost and gone by Postnatal day 7 (Figure 1). Over the past 5 years, we and other groups have been focusing on identifying what the young hearts have and the adult hearts don’t. It turned out that certain molecular pathways are enriched in neonatal hearts, and grant them regenerative abilities. The same pathways, when genetically modified, can improve cardiac function and structure repair even in adult hearts. One such example is the Pitx2 signaling. The key component of the pathway is Pitx2, a homeodomain transcription factor that has been linked to human Rieger Syndrome and atrial fibrillation. The Pitx2 gene is activated by the upstream oxidative stress sensor, Nrf2, after MI. Nrf2 then facilitates the nuclei-shuttling of Pitx2 protein, which further couples with the Hippo signaling effector, Yap, to co-regulate downstream antioxidant scavengers, hence grants protection to myocardium (Tao et al., Nature 2016, Figure 2). 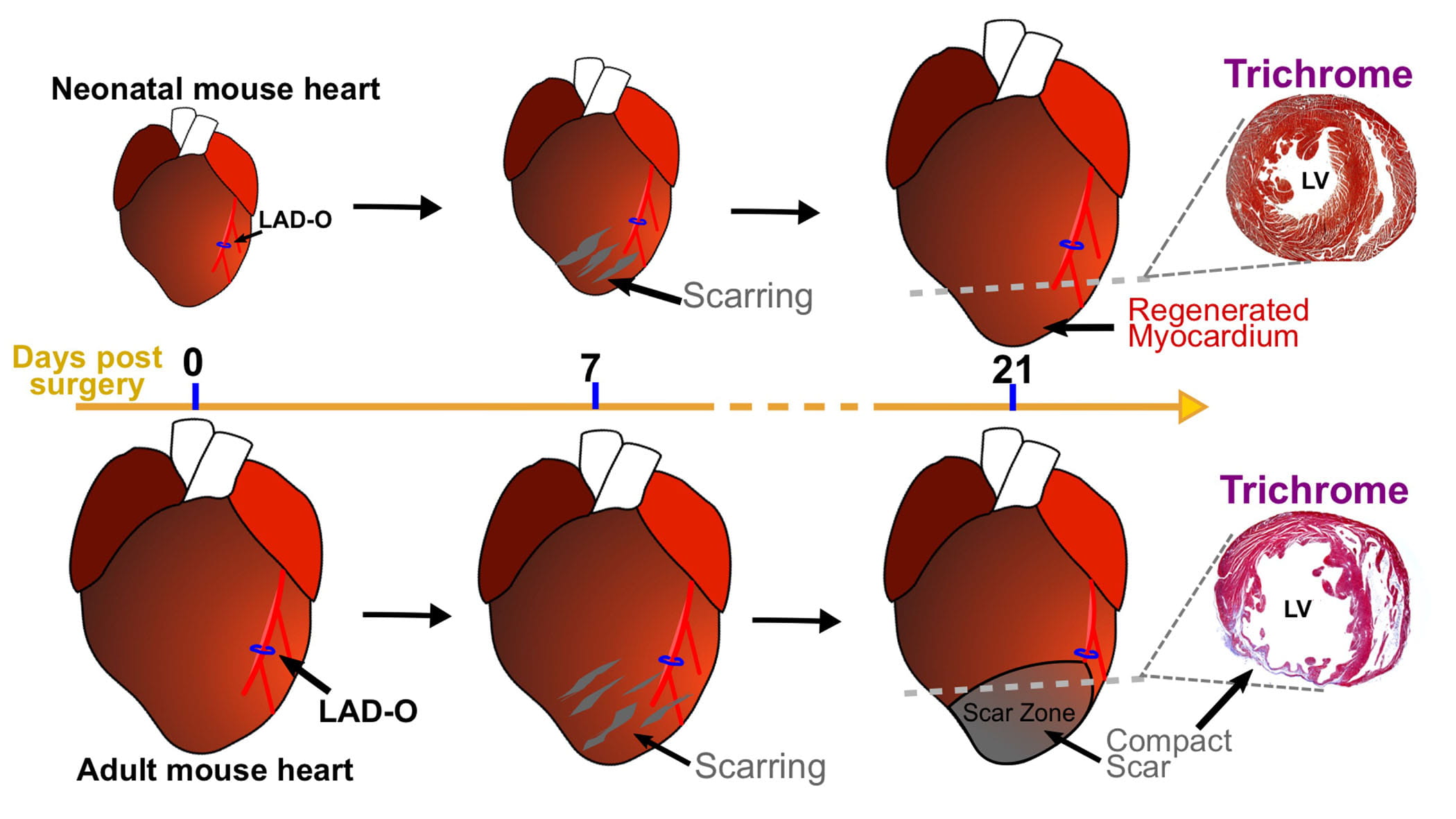 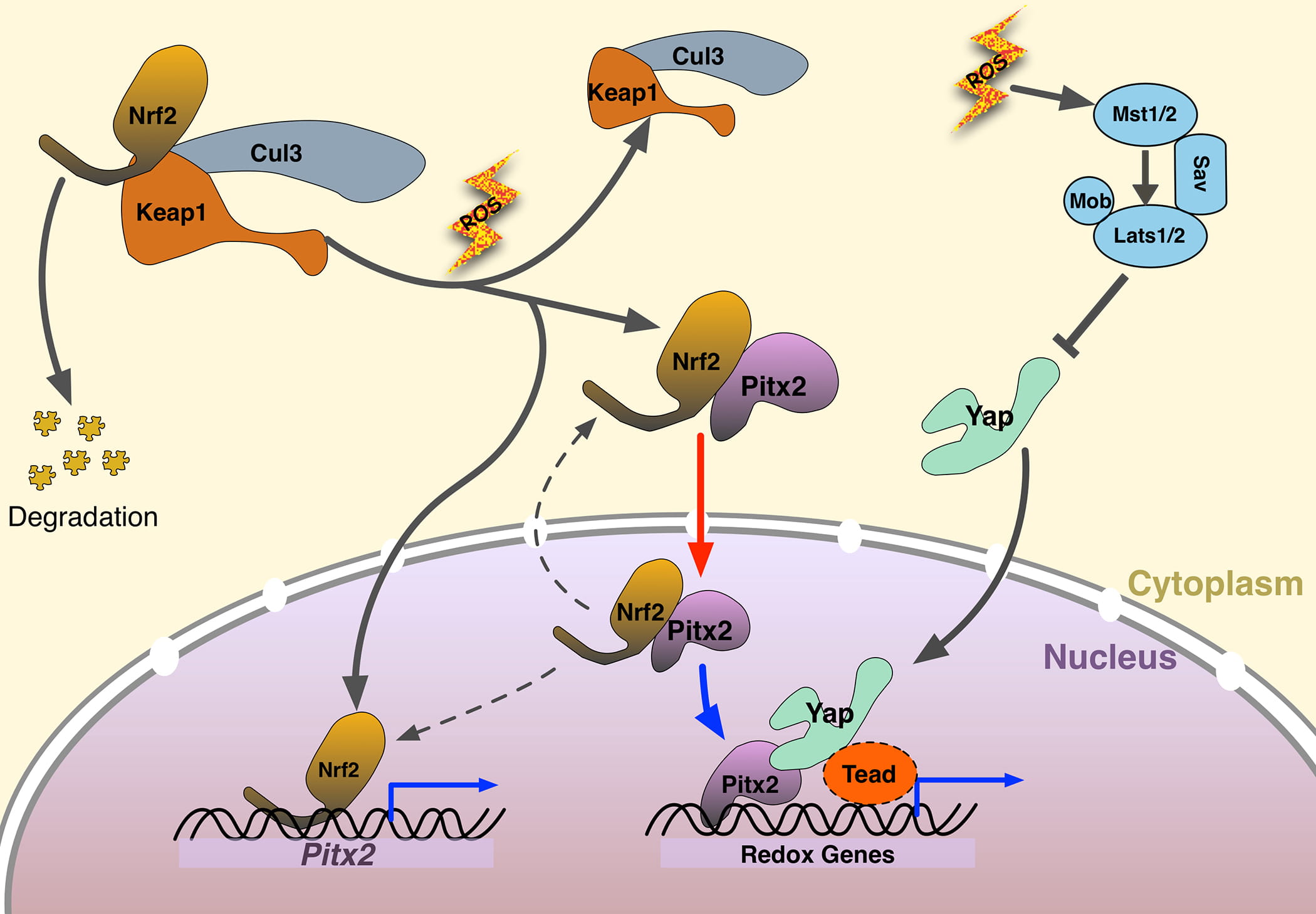 The current projects in our lab include the expansion of Pitx2 studies to further dissect the pathway, as well as screening for other beneficial signaling. The technical strategies in Tao lab typically start with unbiased screening based on CRISPR technology and Next Generation Sequencing, which includes ChIP-Seq, RNA-Seq, ATAC-Seq and Drop-Seq (single cell transcriptome analysis). Once a target pathway has been identified, it will be validated in cell lines and tissue samples with molecular biology and biochemical experiments. Eventually, each hypothesis will be examined using an adult murine cardiac survival surgery model, where artificial myocardial infarction is induced by occluding the left anterior descending coronary artery (LAD-O, Figure 1). The effect of gene manipulation on the scarring and recovering of the myocardium will be assessed by non-invasive echocardiography, histology, immunofluorescence, and biochemistry. Trainees in Tao lab will have the opportunities to learn the key technologies and skills in each step mentioned above. We welcome enthusiastic students and postdocs to join our lab.